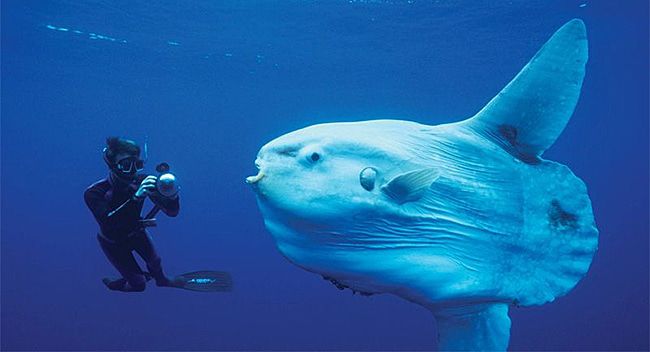 I wanted to go spearfishing, but they wouldn’t allow it because I’m not experienced enough. I tried to tell them that as a kid I used to catch Mackerel using Tayto packets and bent wire, and I would pull 20lb congers out from under the pier with a clothesline. Still no dice.

At least they let me get on the boat. I wanted to go to New Ireland. Mainly because I liked the name. And because I remember finding it on a globe 30 years ago and wondering about it. They told me it’s more beautiful than New Britain. I told them that’s no surprise. I could see its silhouette on the horizon but it was too far for this boat, a handy little craft with a canopy that kept the sun off. They had to be back to bring out some Japanese tourists in the afternoon.

Within a couple of hours, we had landed a sizeable barracuda and a few snapper. Mission accomplished. As we turned to head back, the skipper noticed something on the horizon: “mola mola”. Sunfish! I recognised the binomial because it was on my poster of Irish species that I used to stare at for hours a day, along with “scomber scomber” and “conger conger”. Vietnamese people call it “cá mặt trăng” which means “moonfish”, more apt given the appearance. Better still, the Germans refer to it as
“Schwimmender Kopf” (“swimming head”).

Most Irish people don’t realise that this strange fish - 3m long, literally weighing a ton - is a regular visitor to the waters around Ireland. Here it was, off the coast of New Ireland, flopping back and forth with a peculiar rhythm. None of the grace of a whale shark, but not exactly jerky and rushed either. More of a laboured hobble; like an old man having to answer the door while the news is on. We watched it for a few minutes but when I tried to get close it disappeared under the water and didn’t resurface. 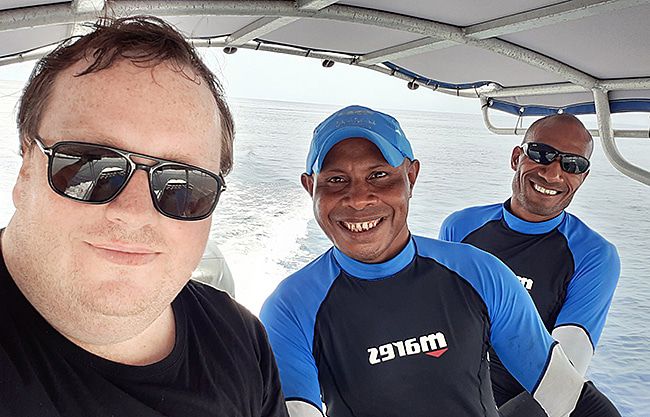 I bumped into the skipper in the restaurant that evening and asked him again about the sunfish. He was pleased by the encounter and said he couldn’t remember the last time he saw one. He told me that the Japanese group came home empty handed. I was pleased that my snapper would be the highlight of the evening’s menu.

It’s cowboy country, Central Asia’s answer to Wyoming or Colorado. From the rocky shore of Issyk Kul lake into the Tien Shan mountains the scenery is diverse and stunning. Apricot orchards near the lake, proud ranks of birch trees and... Continue →